Christianity and the LGBTQ Community

Christians claim to say that their god loves everyone, including those who are in the LGBTQ Community. In reality, their god hates those who are Lesbian, Gay, Bi-Sexual, Trans, Queer, and etc. In their bible it says:

“Do not practice homosexuality, having sex with another man as with a woman. It is a detestable sin.” (NLT)

“If a man practices homosexuality, having sex with another man as with a woman, both men have committed a detestable act. They must both be put to death, for they are guilty of a capital offense.” (NLT)

But God shows his anger from heaven against all sinful, wicked people who suppress the truth by their wickedness…. Yes, they knew God, but they wouldn’t worship him as God or even give him thanks. And they began to think up foolish ideas of what God was like. As a result, their minds became dark and confused. Claiming to be wise, they instead became utter fools. And instead of worshiping the glorious, ever-living God, they worshiped idols made to look like mere people and birds and animals and reptiles.

So God abandoned them to do whatever shameful things their hearts desired. As a result, they did vile and degrading things with each other’s bodies. They traded the truth about God for a lie. So they worshiped and served the things God created instead of the Creator himself, who is worthy of eternal praise! Amen. That is why God abandoned them to their shameful desires. Even the women turned against the natural way to have sex and instead indulged in sex with each other. And the men, instead of having normal sexual relations with women, burned with lust for each other. Men did shameful things with other men, and as a result of this sin, they suffered within themselves the penalty they deserved.

Since they thought it foolish to acknowledge God, he abandoned them to their foolish thinking and let them do things that should never be done. Their lives became full of every kind of wickedness, sin, greed, hate, envy, murder, quarreling, deception, malicious behavior, and gossip. They are backstabbers, haters of God, insolent, proud, and boastful. They invent new ways of sinning, and they disobey their parents. They refuse to understand, break their promises, are heartless, and have no mercy. They know God’s justice requires that those who do these things deserve to die, yet they do them anyway. Worse yet, they encourage others to do them, too.

Don’t you realize that those who do wrong will not inherit the Kingdom of God? Don’t fool yourselves. Those who indulge in sexual sin, or who worship idols, or commit adultery, or are male prostitutes, or practice homosexuality, or are thieves, or greedy people, or drunkards, or are abusive, or cheat peoplenone of these will inherit the Kingdom of God. Some of you were once like that. But you were cleansed; you were made holy; you were made right with God by calling on the name of the Lord Jesus Christ and by the Spirit of our God.

Now we know that the law is good, if one uses it lawfully, understanding this, that the law is not laid down for the just but for the lawless and disobedient, for the ungodly and sinners, for the unholy and profane, for those who strike their fathers and mothers, for murderers, the sexually immoral, men who practice homosexuality, enslavers, liars, perjurers, and whatever else is contrary to sound doctrine ….

And don’t forget Sodom and Gomorrah and their neighboring towns, which were filled with immorality and every kind of sexual perversion. Those cities were destroyed by fire and serve as a warning of the eternal fire of God’s judgment.

The way I feel about this, there is no reason to worship a god who doesn’t want you to be Lesbian, Gay, Bi-Sexual, Trans, Queer, and etc. He see’s it as “Impure” and “Unholy”. And if he see’s it like that, then ditch god and move away from the abrahamic religions. god can be so negative about how the way you want to live. He is a bad energy. 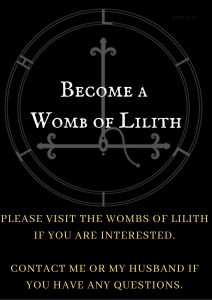