Lucifer is LOVE. god is EVIL 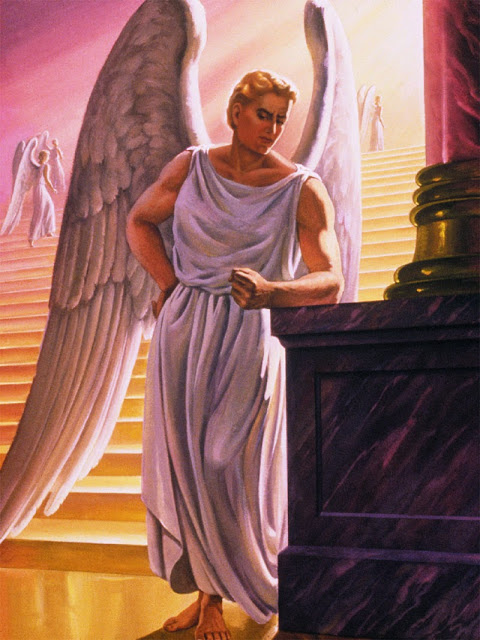 I find it sad that people want to follow a god who only wants worship and only wants your power, strength, and pleasure. While Lucifer wants people to understand and to realize that god is just using his followers so HE can gain their Power, Strength, and Pleasure from them.
–
Lucifer has shown his followers how Kind, Loving, and Caring he is. He does not want anyone to be manipulated, lied, and deceived by god. god could care less if you are dying or even suffering from something very serious.
–
god is a SADISTIC. god is EVIL. god is SHIT. god is NOTHING. god is an ASSHOLE. god is a NARCISSIST.
–
What are we to god? WE ARE NOTHING. We are basically his little creation so he can have control over.
–

What are we to Lucifer? HE BELIEVES THAT WE AS HUMANS ARE WORTHY. He believes that we can overcome many things in our lives. He wants millions to liberate themselves from bondage and slavery of god.

To me this picture represents Lucifer as someone who did NOT want to go along with a crowd who chose to follow and serve god. He didn’t want to serve someone who only wants to lie and manipulate his followers.

He wanted to walk a different path. Those who chose to follow Lucifer in the spiritual world were very wise. I could say that they were very wise on choosing to follow and serve Lucifer instead of a god who only desires to deceive and to brainwash the weak minded.